SocialGood CashBack Possible Thanks to a Utility Token

As Initial Coin Offerings gained traction in since mid-2017, various types of token begun to show up. Now we have utility tokens, security tokens, currency tokens, and last but not least, hybrid tokens.

In today’s article, we’ll focus on utility tokens and in particular on the SocialGood (SG) token, which is part of an ambitious project due to take place during 2019. For those of you that don’t already know, utility tokens are often called app coins or user tokens, which provide future access to a product or service.

Being one of the main components of the SocialGood Cashback program, the SG token will be used as a reward for users. Simply put, the Social Good ecosystem will include companies from the commerce field (a few had already joined the program) and users who will buy products from them will be eligible to receive up to 20% cash back which will be denominated in the SG token.

For the year 2019, the foundation had planned to issue an estimate of 17,727,258,918 SG tokens, out of which around 10 million or 56% will be used for the cash back program. The company had already raised $30 million from accredited investors and it had launched the cash back program at the beginning of March 2019.

Several important steps are scheduled to be implemented throughout the year. The company plans to run its own ICO. It will also develop a mobile app, so it will be much easier for users to receive cash back.

In terms of exchange listing, SG token will be made popular via a few important listings on some of the most important exchanges. As a first step, sales of SG tokens will begin on the LATOKEN exchange, a platform with more $5 billion in monthly trading volume. Part of the plan is also to list the SG token on DigiFinex, which is currently the 13th ranking exchange, with an estimated daily trading volume of $579 million. 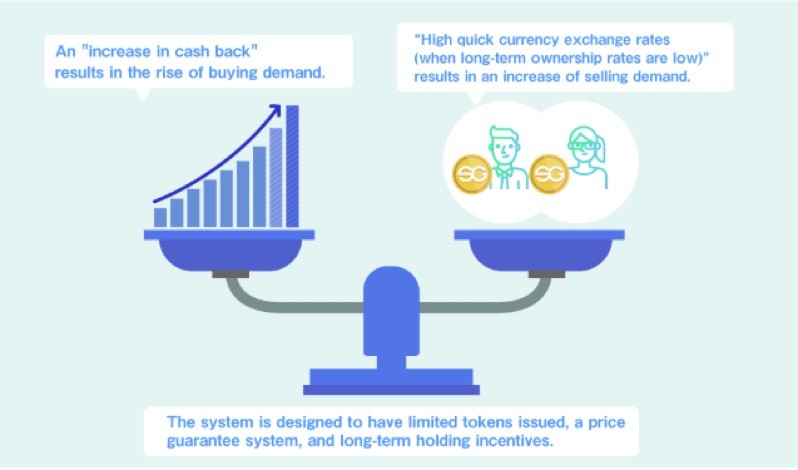 By December 2019, the Social Good Foundation plans to sell tokens in various cryptocurrency exchanges worldwide, so cash back users will be granted SG free of charge. Asides the amount set for the Cashback program, the remaining will be sold during the presale, during the IEOs (Initial Exchange Offerings) and ICOs (Initial Coin Offerings).

The important aspect of the SG ecosystem is that the Foundation is planning to hold buyback operations, meaning it will use funds to repurchase SG from the market in order to adjust the supply and demand of SG circulating in the market. By doing so, the operating company will be able to contribute to longer-term stability and the rising value of SG, thus enabling users to exchange the tokens received in the Cashback program for a higher fiat value.